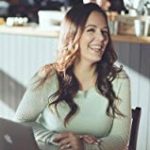 Wabi sabi (wah-bi sah-bi) is a captivating concept from Japanese aesthetics, which helps us to see beauty in imperfection, appreciate simplicity and accept the transient nature of all things. With roots in zen and the way of tea, the timeless wisdom of wabi sabi is more relevant than ever for modern life, as we search for new ways to approach life’s challenges and seek meaning beyond materialism.

Wabi sabi is a refreshing antidote to our fast-paced, consumption-driven world, which will encourage you to slow down, reconnect with nature, and be gentler on yourself. It will help you simplify everything, and concentrate on what really matters.

From honouring the rhythm of the seasons to creating a welcoming home, from reframing failure to ageing with grace, wabi sabi will teach you to find more joy and inspiration throughout your perfectly imperfect life.

Beth Kempton is an award-winning entrepreneur and self-help author, whose books have been translated into 24 languages. Her second book ‘Wabi Sabi: Japanese wisdom for a perfectly imperfect life’ was selected as a recommended read by TIME Magazine, described as ‘a truly transformational read’ by Sunday Times Style and chosen by Apple USA as an iTunes must-listen audiobook in July 2019. Beth describes herself as a wanderer, an adventurer and a seeker of beauty, with an incurable addiction to chocolate and Japanese stationery.

Beth has a Masters Degree in Japanese and has spent many years living and working in Japan, which she considers her second home. Over the years she has studied Japanese papermaking, flower arranging, pottery, noren-making, calligraphy, the tea ceremony, and weaving. Collectively these experiences have led to a deep love of the country and a rare understanding of cultural and linguistic nuances. She has been inhaling the magic and mystery of Japan – and been influenced by its philosophy and aesthetics – for over two decades.

She previously trained in TV presenter skills at NTV in Tokyo, and many moons ago hosted her own TV show on Yamagata Cable Television in northern Japan. Beth has written about Japan and Oriental philosophy in various publications including Wanderlust, Yoga Magazine and Where Women Create.

As Founder of Do What You Love (dowhatyouloveforlife.com) Beth has produced and delivered online courses and workshops that have helped thousands of people all over the world to discover their passion, explore their creativity and live a more inspired life.

Named a ‘Rising Star’ by Spirit & Destiny Magazine, Beth was also nominated as Kindred Spirit Magazine Mind Body Spirit Blogger of the Year 2017. Her blog was recently named one of the Best Happiness Blogs on the Planet. Her first book ‘Freedom Seeker: Live more. Worry less. Do what you love.’ is an inspirational guide to living well.

Beth is the mother of two small girls who fill her with joy every single day. She has also been obsessed with Christmas since she was a little girl, hence her delight in writing ‘Calm Christmas and a Happy New Year: A little book of festive joy’.